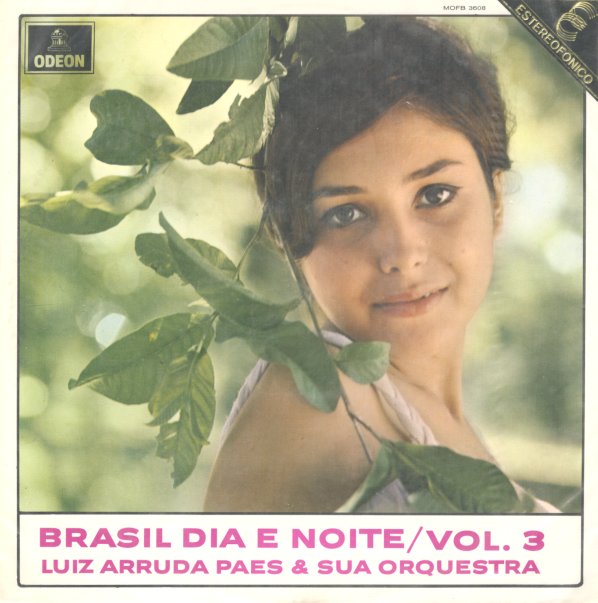 An excellent set of groovy big band tunes from Brazilian maestro Luiz Arruda Paes! The album's the third in his "day and night" series, and is arguably the best of the bunch – largely because it's from the end of the 60s, and has some really nice touches thrown into the jazzy riffing of the larger group. Also, the choice of tracks is pretty nice too – with plenty of tunes from the hipper late 60s generation of Brazilian songwriters that included Caetano Veloso, Gilberto Gil, and Jorge Ben. Titles include "Que Maravilha", "Nao Identificado", "Pais Tropical", "Ate Pensei", "Que Pena", and "Atraz Do Trio Eletrico".  © 1996-2020, Dusty Groove, Inc.
(Green & white label pressing in the original plastic sleeve cover.)