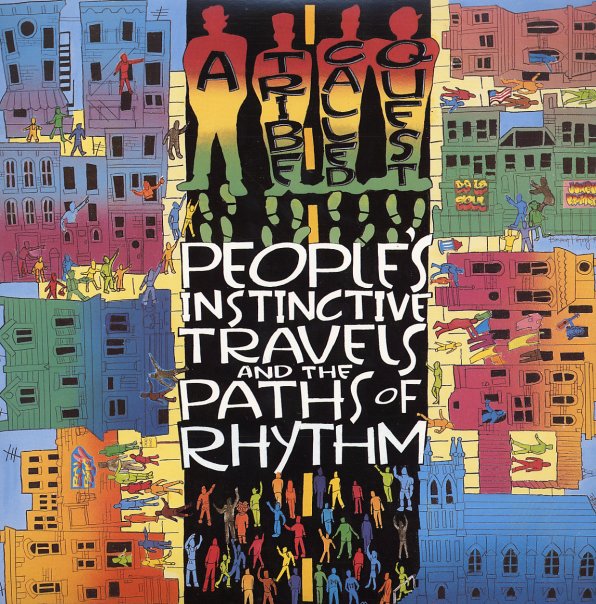 One of THE landmark hip hop albums – and the full length debut of great Tribe Called Quest! We hardly need to tell you about this classic – but it will always bear repeating. De La Soul might have kicked the door open on leftfield, anything goes artistry about a year or so earlier, but their friends and fellow Native Tongues Tribe's debut was a crucial reminder that the east coast was spinning out of one of the greatest creative growth spurts in hip hop history at the time. Pure excellence. Tracks include "Luck Of Lucien", "Footprints", "I Left My Wallet In El Segundo", "Bonita Applebaum", "Can I Kick It?", "Rhythm (Devoted To The Art Of Moving Butts)", "Mr Muhammad", "Description Of A Fool" andmore seminal, jazzy middle school tracks! 25th anniversary edition – remastered, with bonus tracks "Footprints (rmx with Ceelo Green)", "Bonita Applebum (Pharrell Williams rmx)", and "Can I Kick It (J Cole rmx)". New 2015 remaster – beautiful sound!  © 1996-2021, Dusty Groove, Inc.