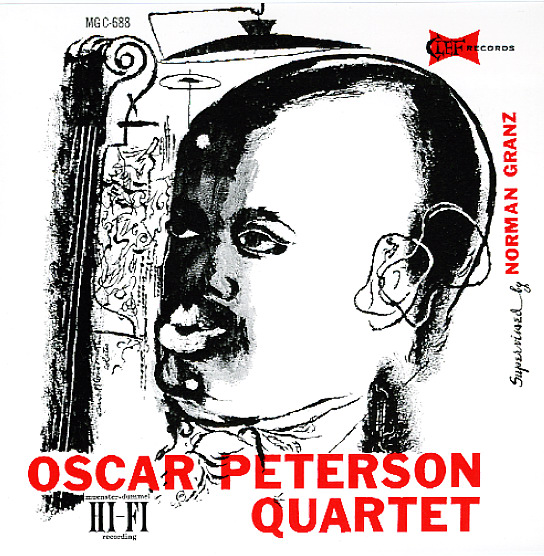 Early work from Oscar Peterson – 1952 sessions that originally appeared on 10" album releases, then were issued on this Clef Records set with a cool David Stone Martin cover sketch! The group features Oscar with frequent partner Ray Brown on bass – plus drums from Alvin Stoller and guitar from Barney Kessel – the latter of whom plays in a way that's different than the guitar/piano pairing Peterson got with Herb Ellis. Tracks are all nice and long – and include "Body & Soul", "Oh, Lady Be Good", "The Astaire Blues" and "Stompin At The Savoy".  © 1996-2020, Dusty Groove, Inc.
(MGM pressing. Cover has light wear.)