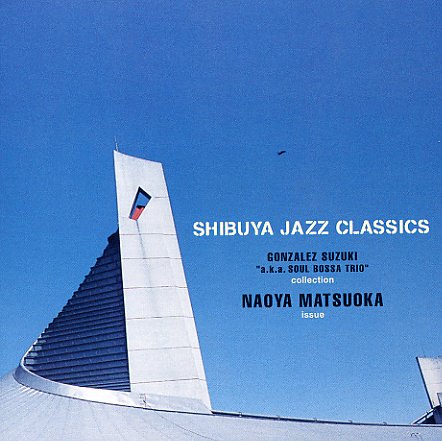 13 jazz dance classics from 70s Japan – all pulled together by Gonzalez Suzuki of Soul Bossa Trio! This set's the 5th installment in the ultra-hip Shibuya Jazz Classics series – and like the others, it offers a fantastic array of groovers that were mostly only issued in Japan back in the day, expertly chosen with a real feel for the modern scene! Nearly all the tracks feature work by keyboardist Naoya Matsuoka – a player who's equally great on acoustic piano as he is on electric keys, moog, and synth – always hitting some nicely punctuated notes, and sending the tunes along with a groove-happy approach that's greatly appreciated by our ears. The general feel is a lot like some of the 70s west coast fusion work of the time – particularly tracks on labels like Catalyst or Discovery – drenched in sunny influences from Latin and Brazilian music, all given a breezy Pacific spin. Titles in clude "If You Wanna Go Away", "Take 6 4 5", "The Man From Yoruba", "The Sun Also Rises", "Fiesta Fiesta", "Feeling So Nice", "Suppose It Rains", and "I Saw Zill One Day", all by Naoya Matsuoka – plus "Night Trip", "In The Morning", and "Antes De Mais Nada", all by Pacific Jam – a group that featured Matsuoka.  © 1996-2021, Dusty Groove, Inc.
(Out of print.)