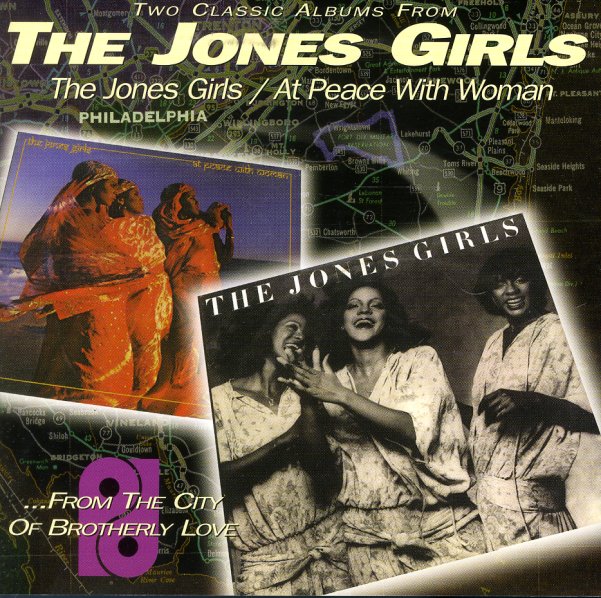 Philly reissues don't get any better than this! 2 of the Jones Girls' classic albums for the legendary Philadelphia International label – back to back on 1 CD, with an extra bonus cut as well! The Jones Girls were probably one the best female act to ever hit the Philly International stable – and took the older girl group mode of the Philly scene firmly into the modern soul era, with a warmly-crafted, post-disco style that was about as classy and sophisticated as you could get for girl group soul! Both albums are a delight, and the CD's running over with great tracks that include "This Feeling's Killing Me", "You Gonna Make Me Love Somebody Else", "I'm At Your Mercy", "Children Of The Night", "At Peace With Woman", "I Just Love The Man" & "Life Goes On". Contains the bonus track "Eternally".  © 1996-2021, Dusty Groove, Inc.
(Out of print.)

Let Me Make Love To You
Philadelphia International/Legacy/Epic, 1970s. Used
CD...$5.99
A great collection of mellow tunes and ballads from the O'Jays – key proof that they had plenty to offer the world besides their better-remembered upbeat tunes for Philly International in the 70s! The cuts here are completely sublime – slow-stepping, night-tripping numbers that put the ... CD

Black & Blue (Japanese paper sleeve edition)
Philadelphia International (Japan), 1973. Used Gatefold
CD...$29.99
Classic Philly soul from Harold Melvin & The Blue Notes – a killer batch of studio tracks, despite the live image of the group on the cover! The album's got a slightly more expansive feel than some of the other Teddy Pendergrass-era albums by The Blue Notes – almost a mini-symphony ... CD

Identify Yourself
Philadelphia International, 1979. Used
CD...$13.99
The O'Jays keep on going strong – hitting a smooth mellow Philly vibe that takes them away from the style of their mid 70s hits! The sound here is a bit more uptempo than on the previous album So Full Off Love – but the group are still also really using the time to explore their ... CD