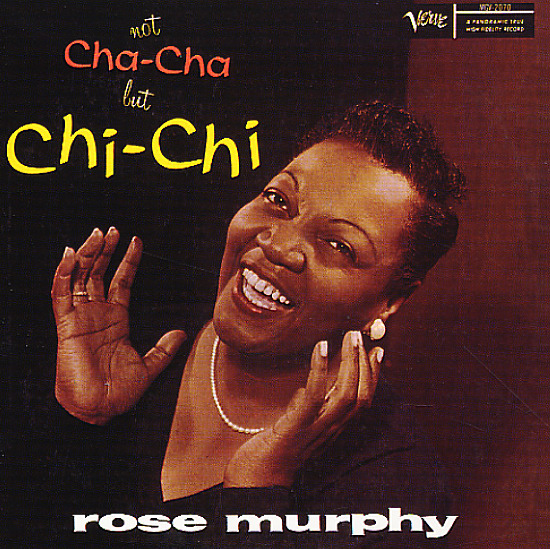 Not Cha-Cha, But Chi-Chi

Quite an interesting little record from Rose "Chi Chi" Murphy – a singer with a really unique style! For the session, Rose accompanies herself on piano – playing in a lightly skipping mode that's a great pairing with her breezy, bird-like vocals. The style's a bit like Blossom Dearie, but not nearly as controlled – as Rose often breaks into a "chi chi" call, and claps along with the tunes out of enthusiasm – making for a style that's also got a bit of Slim Gaillard in the mix! The rest of the group includes Willie Smith on alto, Barney Kessel on guitar, and Alvin Stoller on drums – and titles include "Mr Wonderful", "Sympathetic Little Star", "Watcha Gonna Lose", "If You Were Only Mine", "Coquette", and "By The Waters Of Minnetonka".  © 1996-2021, Dusty Groove, Inc.
(Japanese pressing, with insert – hard to find in any format!)