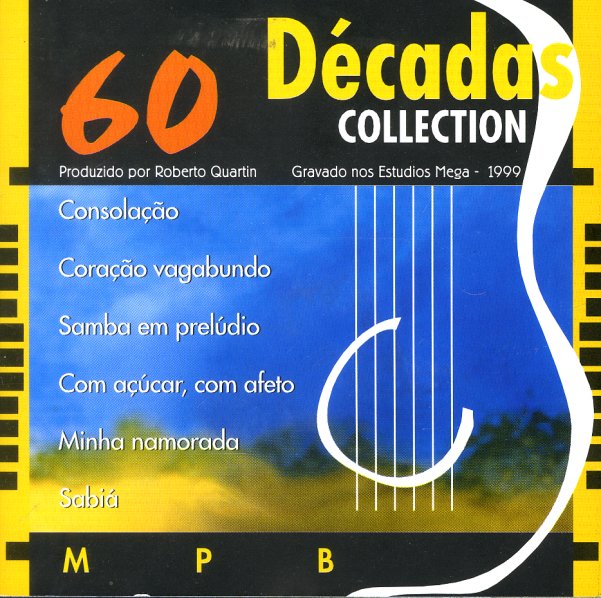 Fantastic new work produced by the studio genius Roberto Quartin! Quartin was the guiding force behind the legendary Forma and Quartin labels in the 60s – home to some of the most groundbreaking Brazilian music on record at the time – and this new set has him back in the studios, working with a mix of young and old players in a great set of tracks that's sort of a look back at the 60s. More than just a bossa remake album, like others on the market in recent years, this is a great little set that captures all the sweetness and all the darkness of Quartin's old recordings – with that complicated mix of emotions that most modern producers never seem to get right when working with Brazilian jazz. Players include Paulo Moura, Mauricio Einhorn, Zeca Assumpcao, and Carlos Malta – and the singers are Muiza Adnet and Arthur Eliachar, both very nice, even though we'd never heard of them! Titles include "Vivo Sonhando", "Sabia", "Consolacao", "A Ra", "Coracoa Vagabundo", and "Com Acucar Com Afeto".  © 1996-2022, Dusty Groove, Inc.
(Out of print.)

Sacundin Ben Samba
Universal (Brazil), 1964. Used
CD...$11.99 (LP...$34.99)
One of Jorge Ben's greatest albums – a groundbreaking blend of samba and soul that forever went onto transform the face of Brazilian music! The record works off the groove set down by Jorge's earlier hit "Mas Que Nada" (which appears on another LP), and takes the blend of bossa, ... CD