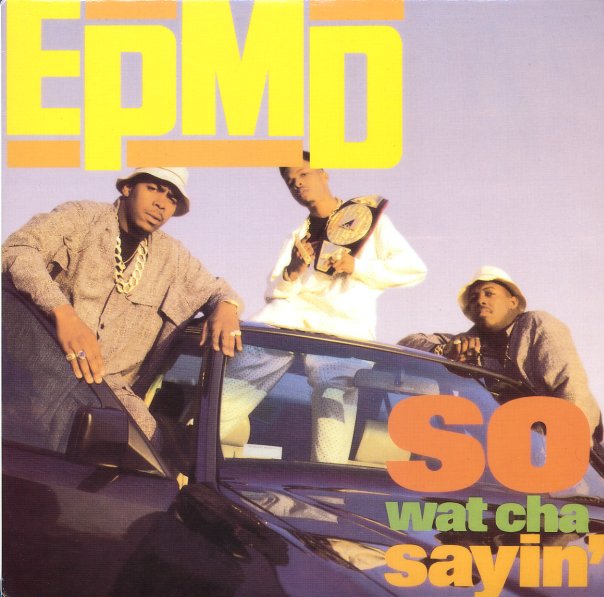 (Cover has heavy edge wear, bent corners, a large index label at the bottom right, and a center split in the spine. Vinyl has a thin piece of tape through the spindle hole.)

It's My Thing (club, dub)/You're A Customer (club, dub)
Fresh, 1987. Very Good+
12-inch...$14.99
The amazing first single from EPMD. What more can we say? One of the early golden era classics – with a production and vocal style that changed the direction of hip hop for years. 12-inch, Vinyl record

Put That Record Back On (voc, inst)/Latoya/That Girl Is A Slut
Fresh, 1986. Very Good
12-inch...$3.99
This is Just-Ice's first single, with a track that didn't make it to the LP, plus the original version of "Latoya" that's better than the LP version. "Put That Record Back On" is the cut here, with classic Mantronix production, from around the same time as his other big singles. ... 12-inch, Vinyl record