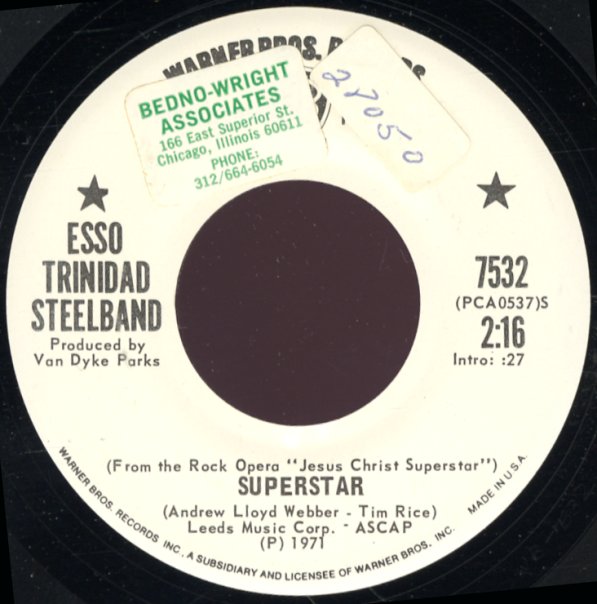 Can music get any stranger than this – a steel band cover of the theme to "Jesus Christ Superstar"? The tune's actually pretty great – using the groove to roll home nicely in the middle, and vamping a lot towards the end with some nice changes on the steel drums! "Singer Man" is more traditionally island-styled – and both tracks are produced by Van Dyke Parks!  © 1996-2021, Dusty Groove, Inc.
(Promo. Label has small stickers.)