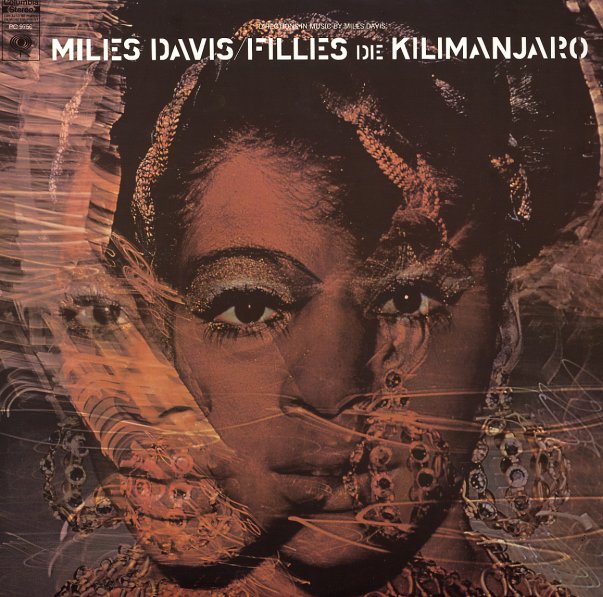 A dark blend of acoustic and electric modes from Miles Davis – a set that still has him working with elements of the classic 60s quintet, but which also brings in a stronger emphasis on electric piano too! The rhythms here are really fantastic – ready to burst forth into a whole new direction, yet still not hitting the Bitches Brew level of freedom – and drummer Tony Williams may well be the real star of the set for his tremendous work on the kit – even though, as stated, the album's got some heavy electric piano contributions both from Herbie Hancock and Chick Corea! All titles feature Miles on trumpet, Wayne Shorter on tenor, and Tony Williams on drums – and the titles with Herbie feature Ron Carter on bass, while the rest with Chick Corea feature Dave Holland. Titles include "Frelon Brun", "Tout De Suite", "Petits Machins", "Mademoiselle Mabry", and "Filles De Kilimanjaro". CD also features a bonus alternate take of "Tout De Suite  © 1996-2021, Dusty Groove, Inc.

Relaxin' With The Miles Davis Quintet (20 bit remastering)
Prestige, 1956. Used
CD...$5.99 (LP...$21.99)
One of the classic early Miles Davis & John Coltrane sessions for Prestige – a well-crafted quintet album that shows Miles finding a stronger voice than ever, and Coltrane beginning to emerge as a key force on his own! Backing is subtle and soulful – handled by the trio of Red ... CD