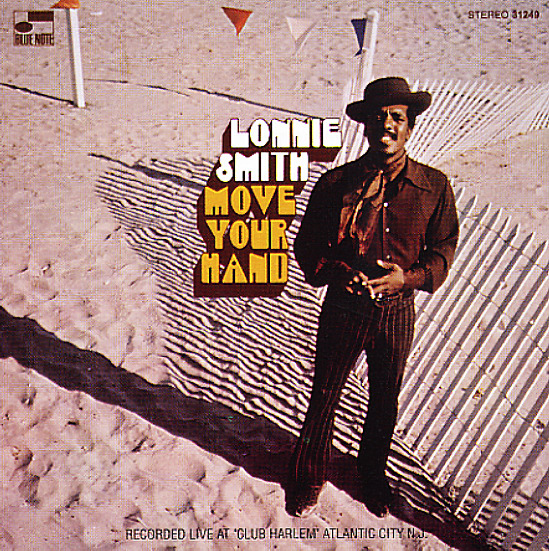 Move Your Hand (with bonus track)

Funky funky funky! Lonnie plays live with a tight group that includes tenor, guitar, and some very heavy drumming – really wailing at a level that was surprising for funky organists of the time, and which really set the pace for a whole new generation! The players are more obscure than on the usual Blue Note sides – save for Ronnie Cuber, who played baritone with Mongo Santamaria, and is one of the most underrated 60s funky players. Recorded live at the Club Harlem in Atlantic City, and with a deep raw funky sound that must have blown the roof off the club! Titles include "Move Your Hand", "Layin' In the Cut", "Charlie Brown", and "Sunshine Superman". One of his best ever! CD reissue also includes a bonus cut – "Dancin' In An Easy Groove" – which does exactly that, for about 12 minutes long!  © 1996-2021, Dusty Groove, Inc.
(Out of print, 2015 SHM-CD pressing – includes obi!)