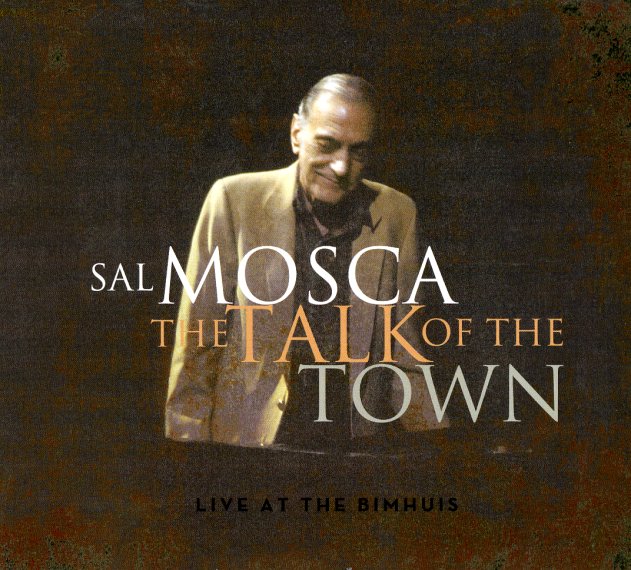 Talk Of The Town – Live At The Bimhuis

Tremendous material from the great pianist Sal Mosca – over two hours of continuous performance, recorded in the later years of his career, and issued here for the first time ever! If you loved Mosca during the Tristano-school years of the 50s, you'll be really stunned at his performance here – as he's really moved way beyond his roots, into a realm of sound and space that Lennie Tristano hardly could have imagined – both modern and lyrical at the same time, but reaching back with some older inflections that flesh out the tonal color of the music too – especially breathtaking without any other players to expand the sound. The album's an instant classic in Mosca's too-small catalog – and titles include improvisations on "Tea For Two", "Love For Sale", "Scrapple From The Apple", "Donna Lee", "I Got Rhythm", "Topsy", "Gone With The Wind", and lots more.  © 1996-2022, Dusty Groove, Inc.
(Mark through barcode.)

Gait Keeper
Sunnyside, 2003. Used
CD...$9.99
Majestic work from bassist Rufus Reid – one of the most soulful players of his generation, and a talent that's never faltered in recent years. The tracks are all original compositions – introspective numbers that build off the sound of the 80s soul jazz scene of which Reid was such an ... CD

Fred Hersch Plays Jobim
Sunnyside, 2009. Used
CD...$9.99
A beautifully personal take on the music of Antonio Carlos Jobim – served up in a set of solo recordings by pianist Fred Hersch, who really moves the tunes from their bossa roots into a space that's all his own! Hersch often takes a core theme of a tune, and works it over with a very ... CD

In This Life
Sunnyside, 2013. Used
CD...$7.99
Jamie Baum on flutes, Taylor Haskins on trumpet, Chris Komer on French horn, and others. CD