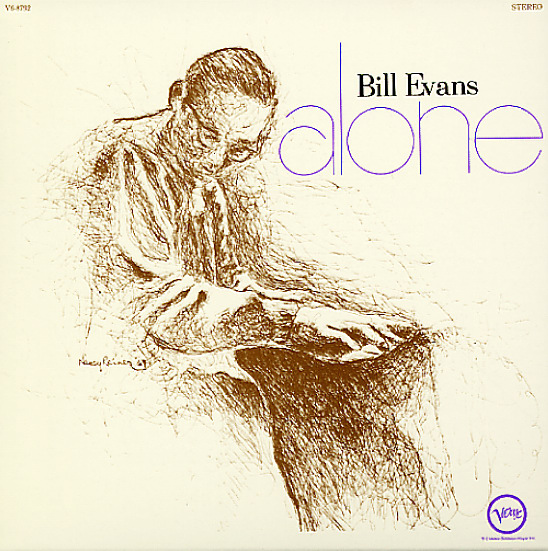 Solo work by Bill Evans – recorded in 1968, at a time when he was increasingly exploring gentleness in his work! The album's quite haunting – done with no other musicians, no overdubs (as in other solo 60s albums) – just Evans alone at the keys, expressing himself with a somber genius that's breathtaking in its subtlety. The album features a side-long version of "Never Let Me Go" – running for over 14 minutes, and worth the price of admission alone – plus "Here's That Rainy Day", "A Time For Love", "Midnight Mood" and "On A Clear Day (You Can See Forever)".  © 1996-2021, Dusty Groove, Inc.
(MGM stereo pressing, in a textured cover, with light wear.)