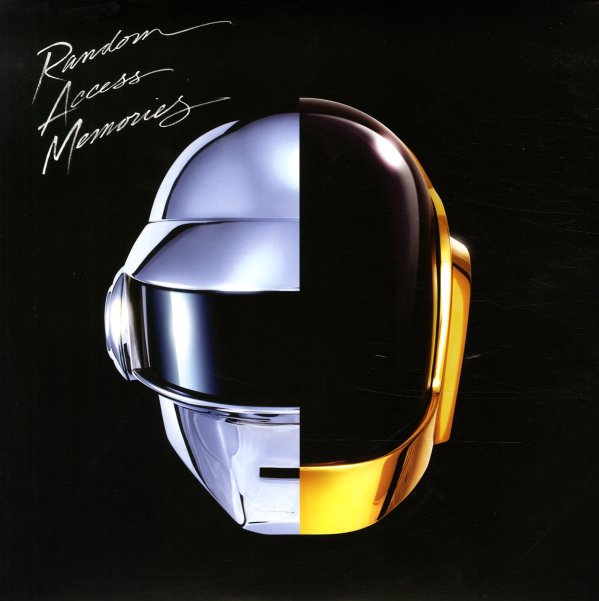 Daft Punk have always worn their love of pop, disco, electro, soul and fusion pretty proudly on their robot sleeves – and bless 'em, they're paying more earnest tribute than ever before on Random Access Memories – featuring homages to and collaborations with Chic guitarist/pop soul producer extraordinare Nile Rodgers, Italo disco pioneer Giorgio Morodor, soft rock genius Paul Williams and others! What a big, affectionate, timeless and lovable electronic pop record this is. It might not be the best of Daft Punk from the perspective of longtime fans of theirs, but it's certainly our favorite! Includes "Give Life Back To Music", "The Game Of Love", "Giorgio By Morodor", "Within", "Intstant Crush", "Lose Yourself To Dance", "Touch", "Get Lucky", "Beyond", "Motherboard", "Fragments Of Time", "Doin' It Right" and "Contact".  © 1996-2023, Dusty Groove, Inc.

Break N' Bossa – Chapter 2
Schema (Italy), 2000. Near Mint- 2LP
LP...$19.99
Fab second volume in this great series that takes older Brazilian rhythms and musical ideas, and filters them through the talents of some of the best modern producers and remixers! This volume features 10 great tracks – many of which were only issued as expensive import singles, and all of ... LP, Vinyl record album

State Of Euphoria
Sonar Kollektiv (Germany), 2006. Near Mint- 2LP
LP...$19.99
One of the sweetest new artists we've heard on the Sonar Kollektiv label in a long long time – one who's working here in the more abstract mode that SK's been putting down of late, but who also manages to do so with the deeper soul that we first loved in the label years back! The style's a ... LP, Vinyl record album

Fez File Volume Uno – A Kaleidoscope Of Modern Sounds
Schema/Fez (Italy), 2000. Near Mint- 2LP
LP...$24.99
Modern tunes – but with a very classic groovy feel! Of all the Italian efforts to take an older lounge sound and update it for the modern dancefloor, the work of Nicola Conte and the Schema label has been some of the best. This 13 track set offers proof of Conte's genius – and offers ... LP, Vinyl record album

Beyond The Things I Know
Raw Tapes (UK), 2017. Very Good
LP...$9.99
A sweetly soaring trumpeter, with a mighty nice groove – one that seems to make equal use of flowing lines on keyboards as well as it does his own lead sound – served up here in a mode that uses electric elements to make Sefi Zisling's acoustic trumpet really shine! The rhythms are ... LP, Vinyl record album

Mundos Secretos
Electric Cowbell, 2022. Near Mint-
LP...$11.99
The cover's got sort of an imagined urban landscape on the front, and there's definitely an imaginary sense to the music – a blending of Brazilian elements with contemporary touches, but all at a level that still keeps things relatively intimate throughout! Fachada plays drums and a range of ... LP, Vinyl record album