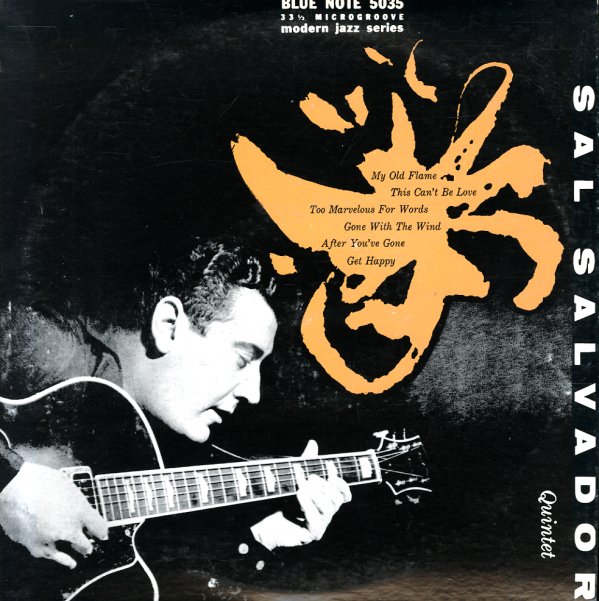 Sal Salvador was one of the 50s more accomplished modernist talents on jazz guitar – and his work ranks up there with players like Tal Farlow, or Gil Melle's great bandmate Joe Cinderella. This is Salvador's rare first album for Blue Note – only issued in a 10" vinyl format! The record features quartet and quintet material, and includes tenorist Frank Sokolow, an icy-toned genius who's never gotten his just dues. Sokolow and Salvador sound great together, and create a haunting sound that's better than anything we've heard on other Salvador records from his later years. Titles include "My Old Flame", "Get Happy", "Too Marvelous For Words", "Gone With The Wind", and "After You've Gone".  © 1996-2021, Dusty Groove, Inc.