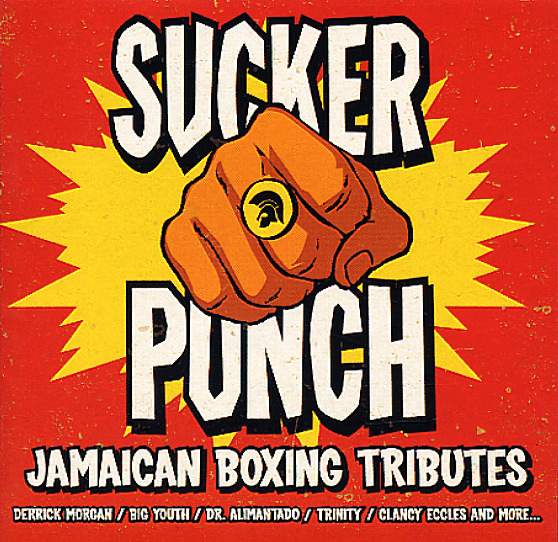 Pow! 19 rounds of boxing tribute tracks from Trojan! A hefty batch of Jamaican heavyweights pay tribute to some of the finest practitioners of the sweet science. As you'd expect, the selection leans heavily on Dee Jays delivering the knockout punch in champion style, like Big Youth's "Foreman Versus Frazier", Dennis Alcapone's "Cassius Clay" and "Muhammad Ali" and Prince Far I's "Natty Champion", but there's a great batch of mighty versions here too, like the Upsetters' "Sunshine Showdown", the Aggrovators' "Black Superman (Muhammad Ali) Version" and the Harry J All Stars' "George Foreman Version".  © 1996-2021, Dusty Groove, Inc.
(Out of print, includes slipcase.)