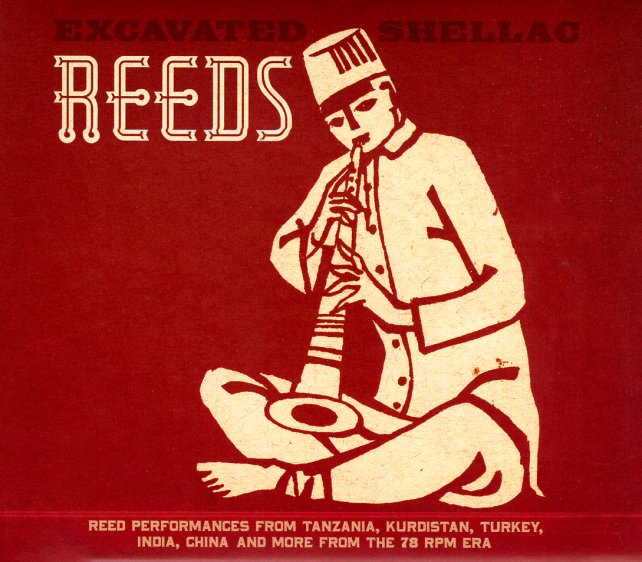 A great range of amazing reed sounds from the glory days of the global 78rpm scene – not just the saxes and woodwinds you'dknow from the west, but a whole host of even more exotic instruments from points east! The package is a companion to the excellent string-based set from the Excavated Shellac blog – and like that one, it brings together some mindblowing sounds we never would have heard otherwise – all taken from vintage 78s from nations that include India, China, Tanzania, Turky, Iran, Egypt, and Kurdistan – and given vastly improved sound in the mastering process, but without dampening the sharp edge of the music at all! Many of these numbers are instrumental, and most move at a pretty nice clip, too – really setting fire with the angular, almost modern reed elements – and blending them in with other unusual instruments too.  © 1996-2021, Dusty Groove, Inc.
(Includes download!)