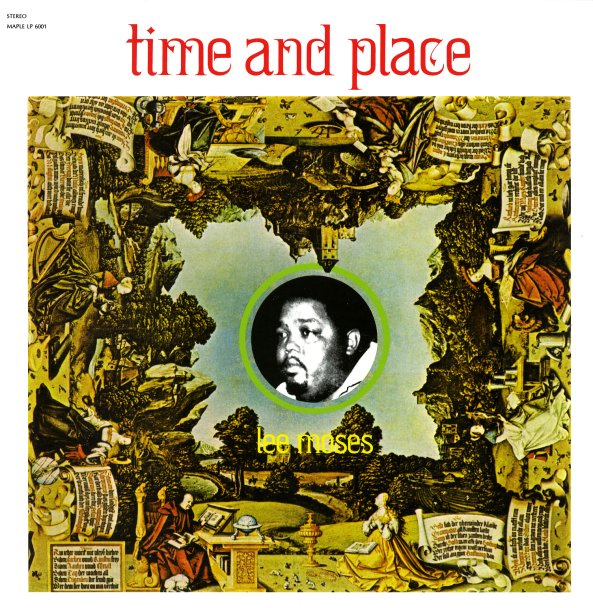 A lost deep soul set from Lee Moses – a relatively obscure vocalist, but one who we'd rank right up there with James Carr, Wilson Pickett, or any of their contemporaries! Lee's music has a hard southern soul feel to it – sounding almost like a pile of 45s from a label like Sound Stage 7, or some more obscure imprint from below the Mason-Dixon line – even though the record was issued on the Maple label up north. And possibly it's Lee's odd northern placement with a deeply southern style that never got him his due back in the day – but that loss is our gain, as the record's an under-discovered treasure that's filled with really hard-wailing soul tunes! There's a slightly garagey feel to the production – quite gritty at times, with even more of an earthier undercurrent than you'd hear on work from Memphis or Muscle Shoals – and Lee matches this sound wonderfully with a really raspy approach to vocals. Titles include a great version of "California Dreaming", plus the tracks "Time & Place", "Got That Will", "Every Boy & Girl", "Hey Joe", "Free At Last", and "Adorable One".  © 1996-2021, Dusty Groove, Inc.

Uptown (Japanese paper sleeve edition)
Maple/P-Vine (Japan), 1971. New Copy
CD...$13.99 (LP...$23.99)
One of the few rare albums on the Maple label – a 70s imprint that's known for some incredible funk and soul! Despite the title, the set's a record that sounds a lot more down-home than uptown – thanks to hard-wailing vocals from Gloria Barnes herself, and a nicely rough-edged quality ... CD