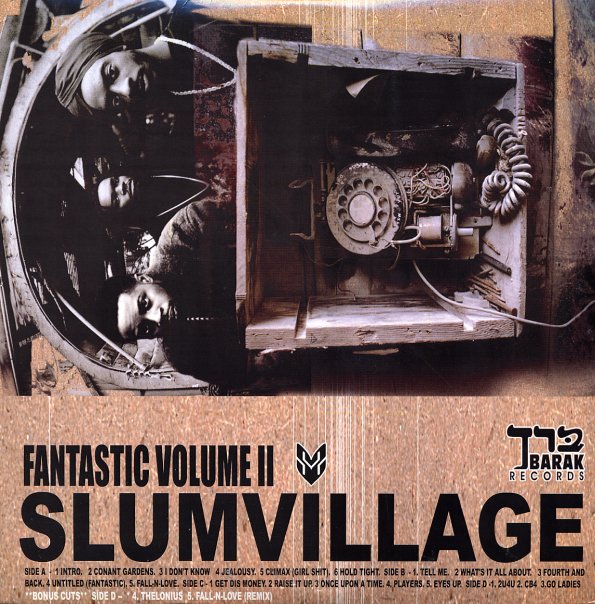 One of the most influential albums of recent hip hop history! Fantastic wasn't considered a masterpiece upon its long-delayed original release, it needed some time to sink in, but we all now know there is no denying the genius of Jay Dee's production and T3 and Baatin at the top of their games. Lots of straight soul, deep funk, and mellowed out jazzy touches that became a staple in underground soul and hip hop, influencing everyone from ?uestlove and the Roots to D'Angelo, Jill Scott, Macy Gray, and others. In addition to the core Slum crew the record features D'Angelo, Busta Rhymes, Q-Tip, Pete Rock, and Jazzy Jeff! Tracks include "Conant Gardens, "I Don't Know", "Jealously", "Fall In Love", "Get Dis Money", "Once Upon A Time", "Go Ladies", and more. Also includes the bonus tracks "Thelonious" and "Fall In Love (Remix)".  © 1996-2021, Dusty Groove, Inc.