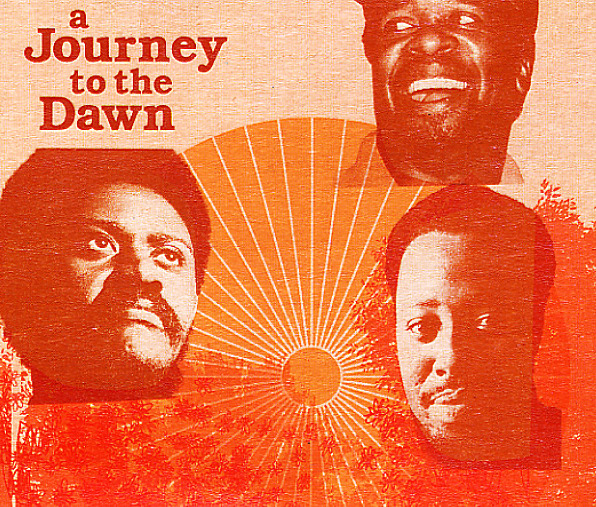 Journey To The Dawn – Illuminating Jazz From Theresa Records

A lost batch of soulful jazz from a massively overlooked source – the mighty Theresa Records, home to some really great recordings at the end of the 70s! Theresa was a tiny company formed in Oakland, CA at the end of the 70s – a spiritual heir to the sound of Impulse, Flying Dutchman, and other 70s powerhouse soul jazz labels – with a sound that was directly encapsulated in the label's own recordings of Pharoah Sanders at the time! After a few years of inactivity on the recording scene after his seminal sides for Impulse, Pharoah made a strong re-emergence on Theresa – working in a sweet style of soul jazz that was also picked up by some of the label's other strong artists. This excellent set was compiled in collaboration with Gilles Peterson – and features some of the hippest, most soulful tracks to come out on Theresa – work that takes off from the sound of Pharoah's earlier albums, into a whole new realm of expression! Titles include "Heart Is A Melody", "Rejoice", and "You've Got To Have Freedom" by Pharoah Sanders; "Samba" and "Pippin" by Ed Kelly; "Use Your Hands" and "Levels Of Consciousness" by Babatunde & Phenomena; and "Hip Funk" by Bishop Norman Williams & The One Mind Experience. 9 tracks on 2LPs!  © 1996-2023, Dusty Groove, Inc.

Cosmic Disco Machine Vol 4 – Some Other Kind Of Disco Grooves From 70s & 80s (white vinyl pressing)
Cosmic Disco Machine (Italy), Late 70s/Early 80s. New Copy
LP...$30.99 34.99
A really great little compilation, and one that looks at the big use of electronics on the Italian scene of the disco years! The groove here is almost an extrapolation of the sorts of electronics that were used in the German scene of the mid 70s, such as work done by Giorgio Moroder – but ... LP, Vinyl record album

Mood Mosaic Vol 15 – Super Cool (includes CD)
Partners In Crime (Italy), 1970s. New Copy 2LP Gatefold
LP...$34.99 36.99
A super cool set in the Mood Mosaic series – and plentifully funky, soulful and jazzy, too! Like our other favorite volumes, this one covers a lot of stylistic territory, but it ultimately feels a little more coherent from track-to-track than the last couple sets, and does so without ... LP, Vinyl record album

WaJazz – Japanese Jazz Spectacle Vol 1 – Deep, Heavy, & Beautiful Jazz From Japan 1968 to 1984 (180 gram pressing)
180g (UK), Late 60s/1970s/Early 80s. New Copy 2LP Gatefold
LP...$39.99 45.99
An essential collection of work from the Japanese scene of the 70s – as set that really gets at the "something special" that made jazz from this generation so unique! Japanese musicians were early adopters of American modes – and the scene had great bop recordings from the ... LP, Vinyl record album