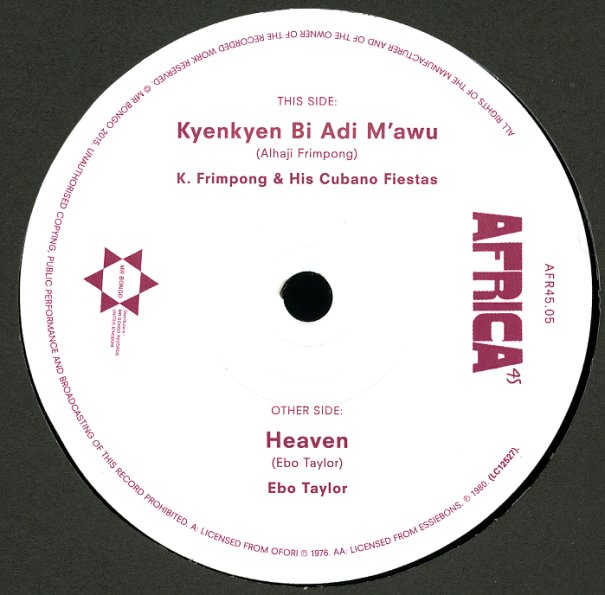 Sweet organ and guitar do a mighty nice dance together at the start of "Kyenkyen Bi Adi" -- then these wicked beats come in, all snapping and syncopated -- while horns carve out this nicely exotic vibe over the top! "Heaven" is a tune that certainly lives up to its name -- with a heavenly groove way down at the bottom -- as organ, bass, and drums bubble together to great this great ground-up approach to Afro Funk!  © 1996-2023, Dusty Groove, Inc.