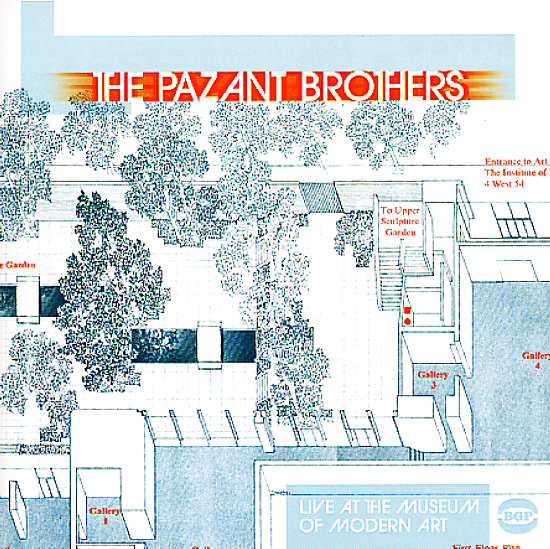 A lost funky treasure – never issued before! For those not in the know, The Pazant Brothers (Ed & Al) were a duo of funky hornmen that first came to fame working with Pucho & The Latin Soul Brothers – and then moved onto cut some great funky records of their own in the 70s. The pair formed a very tight group that had a killer funky sound – one that we'd easily rank right up there with the JBs and The Meters for hard, raw, power – but sadly, they only ever recorded one full album and a handful of singles – which is why this previously unissued concert is even more of an important treat! We have no idea what the folks at MOMA were thinking when they invited the Pazants down to get their groove in gear – but whatever the case, this CD is totally great! Forget the silly cover – which is way too cold and modern to get at the heart of the grooves – and forget the location too, because the tracks on the set sound like they were cut at some smoky club in Harlem, not in the colder midtown setting of MOMA. The whole thing's totally great – a massive batch of instrumental funk that leaves us to wonder why the heck this thing was never issued at the time. Titles include "Groovin", "Skunk Juice", "P Soul", "Fly Vines", "Work Song", "Momma Momma", "We Got More Soul", "Clabber Biscuits", and "Greasy Greens". Totally great!  © 1996-2022, Dusty Groove, Inc.