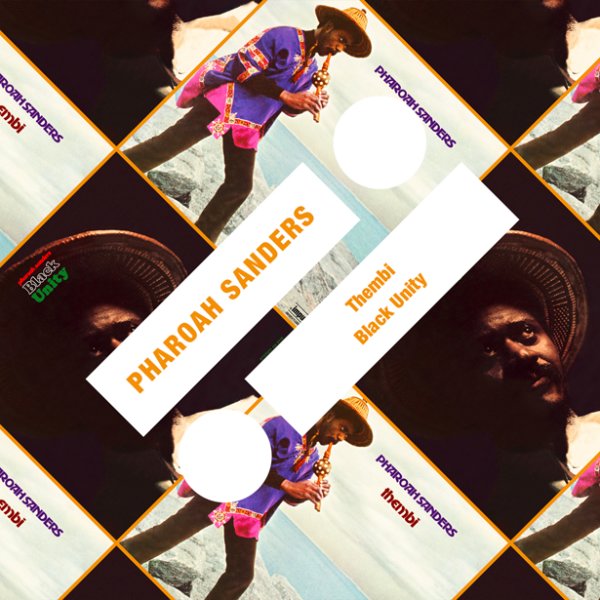 Spiritual jazz genius – two Pharoah Sanders albums back to back on a single CD! First up is Thembi – recorded with an all star lineup that includes Lonnie Liston Smith, Cecil McBee, Roy Haynes, and Michael White. The album's got a strong influence from the members on the set – particularly Lonnie Liston Smith, who seems to bring in a very nicely soulful approach to a few of the numbers, and Michael White, whose spiritual consciousness is still a bit rough-hewn and personal at this point. The record oddly shifts mood from track to track – going from the mellow soul of "Astral Traveling", into the loud free jazz of "Red Black & Green", to the modal grooving of "Thembi", and into the spiritual joy of "Love" and "Bailophone Dance" – all of which makes for a really wonderful album, one of Pharoah's strongest statements of the time! Black Unity is a record with a righteous cover, a righteous title, and a righteous little session that features one long song that spans the entire length of the album! "Black Unity" may well be Pharoah Sanders' freest expression on record to date – but it's also still got all the hallmarks of his best moments on Impulse – especially the tighter rhythmic focus that always makes his work so compelling – and which has kept his legacy fresh for generations and generations of new jazz listeners! The group here is wonderfully put together – with Joe Bonner on piano, Carlos Carnett on tenor, Marvin Hannibal Peterson on trumpet, Cecil McBee and Stanley Clarke on basses, and Norman Connors and Billy Hart on drums – all with plenty of space to stretch out, open up, and really do their thing! In contrast to some of the totally free work coming out of the European scene during the same stretch – especially that by American players overseas – the album's a great reminder that rhythm in jazz is always a key component – as Pharoah finds a way to make things swing, even at unexpected moments!  © 1996-2020, Dusty Groove, Inc.