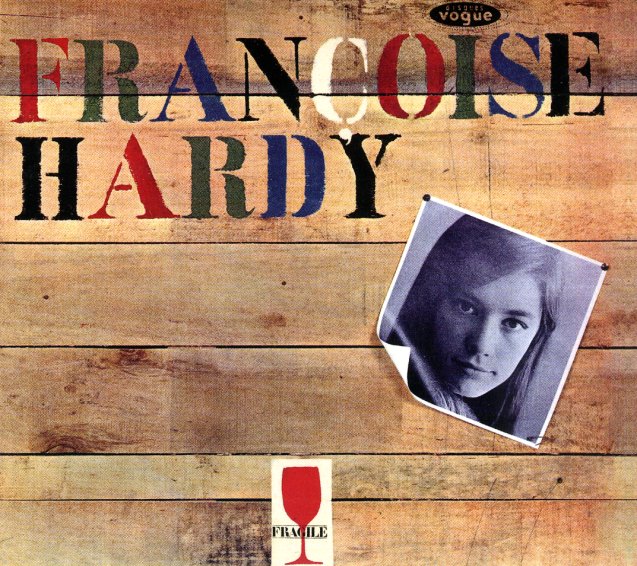 A real step forward for the amazing Francoise Hardy – a singer who was already great at the start, but who reaches out a bit more globally here – as she works with Brit arranger Charles Blackwell, in a mode that's got a bit of groovy 60s London in the mix! The tracks include many originals by Hardy, and a few by Blackwell as well – and the music has less of the acoustic guitar you'd hear on some of Francoise's other albums, and some fuller, bouncier backings that mix French chanson with some groovier 60s pop elements – all in a blend that's completely sublime for the lovely vocals of the lady. Titles include "Je Veux Qu'll Revienne", "Tu N'As Qu'Un Mot A Dire", "Et Meme", "Pars", "Pourtant Tu M'Aimes", "La Nuit Est Sur A Ville", "Pas Gentille", and "Mon Amie La Rose".  © 1996-2021, Dusty Groove, Inc.

Francoise Hardy (La Maison Ou J'Ai Grande)
Vogue/Light In The Attic, 1966. New Copy
CD...$5.99 14.98
A very groovy record from the legendary Francoise Hardy – a set that's not only got the lovely lady out front on vocals and acoustic guitar, but one that also features totally great arrangements from Brit maestro Johnny Harris – who gives most of the record a slightly different vibe ... CD

Francoise Hardy (Le Premiere Bonheur Du Jour)
Vogue/Light In The Attic, 1963. New Copy
CD...$5.99 14.98
Really lovely sounds from the young Francoise Hardy – easily one of the coolest, most confident female singers in France at the time! Hardy is neither the emotive style of postwar passionate singers, nor the too-cool style of the left bank – and instead, she's got this way of mixing ... CD