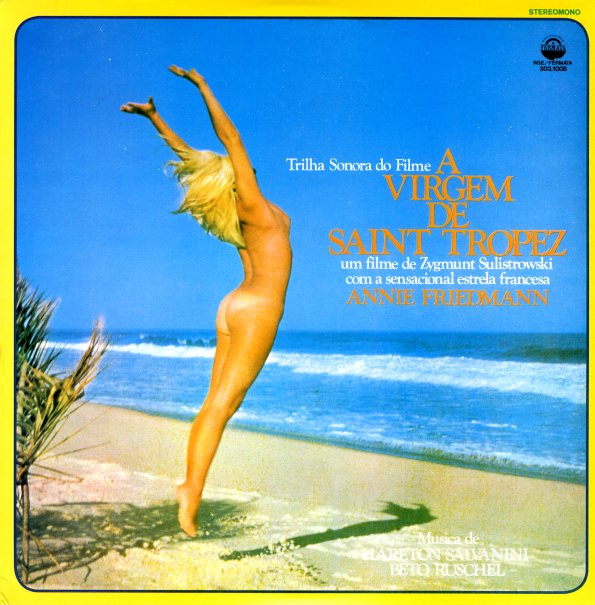 A totally wonderful little soundtrack – Brazilian in origin, but with lots of the lush, warm tones we love in 70s Italian erotic scores too! The style is definitely Brazilian, though – and modes run from some of the cooler, larger arrangements you'd hear from Marcos Valle – especially in his early 70s years – to some moments that are a bit more spare, and mix in rootsy percussion, sweet keyboards, and jazzy touches on Fender Rhodes – which makes for a really wonderful blend of styles! The record's one that we'd rank equally next to our favorite Emi/Odeon grooves from the time – and next to some of our sweetest, grooviest European soundtracks of the early 70s – and titles inclkude "Seios", "Despedida", "Espairecendo", "You Can't Run Away From Your Destiny", "Panorama", "Amazonia", and "Quarto De Hotel".  © 1996-2021, Dusty Groove, Inc.
(Limited edition.)