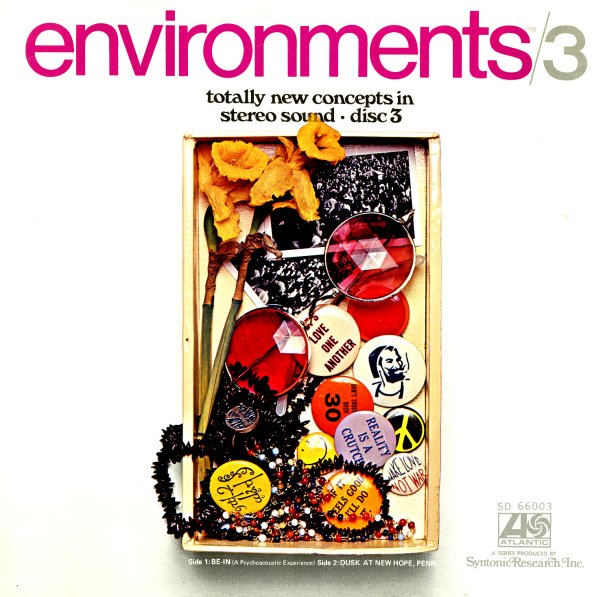 One of the coolest entries in this legendary series – as it features a "be-in" in Central Park – a great gathering of hippies! Also features "Dusk At New Hope Pennsylvania".  © 1996-2021, Dusty Groove, Inc.
(Unipak gatefold in great shape!)

Environments – Disc 4
Atlantic, Early 70s. Near Mint-
LP...$9.99
Two rainy bits: "Ultimate Thunderstorm" and "Gentle Rain in a Pine Forest". The sticker on the front says "Contains Synthetic Silence", whatever that is. As the notes say, play at any speed, for different psychological effects. LP, Vinyl record album

Diapositive
Gemelli/Loneos Editions (Italy), 1977. Sealed
LP...$16.99
A sound library album from the Italian 70s scene – but one that's more like a jazz record overall, given that it's the product of musician Sandro Brugnolini, working under an assumed name – a cat who gave the world plenty of great jazz records in his day! There's a nice mix of ... LP, Vinyl record album