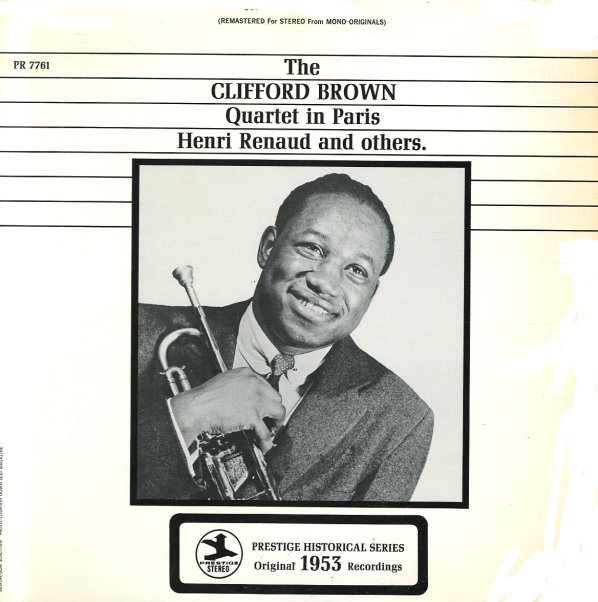 Hard to get work by Clifford Brown – 1953 recordings originally done in Europe for the Vogue label! Brown's working here in front of a Parisian trio that features Henri Renaud, Pierre Michelot, and Benny Bennett. There's 12 tracks in all, with multiple takes of "I Can Dream, Can't I?", "The Song Is You", "You're A Lucky Guy" and "Come Rain Or Come Shine" plus "It might As Well Be Spring" and "Blue & Brown".  © 1996-2022, Dusty Groove, Inc.
(Out of print.)

Memorial Album (Blue Note)
Blue Note, 1953. Used
CD...$2.99 (CD...$5.99)
Clifford Brown only recorded a handful of sides for Blue Note – but all of the best ones are included in this excellent album – a full length set that culls together Brown's material from the 10" years, issued as a memorial to his early death in 1956! Side one features Brown with ... CD

Clifford Brown All Stars (Japanese paper sleeve)
EmArcy (Japan), 1954. Used
CD...$12.99
A key slice of Clifford Brown from the 50s – two long tracks both recorded in an open-ended jam session format, showing a side of Brown's powers that's even bolder and more inventive than some of his previous studio work! The album soars along beautifully – with Brownie in the lead ... CD

Memorial Album (RVG remaster edition)
Blue Note, 1953. Used
CD...$5.99 (CD...$2.99)
Clifford Brown only recorded a handful of sides for Blue Note – but all of the best ones are included in this excellent album – a full length set that culls together Brown's material from the 10" years, issued as a memorial to his early death in 1956! Side one features Brown with ... CD

I Wish I Were Twins
Pablo/OJC, 1981. Used
CD...$9.99
Not sure exactly why Zoot's got some Gemini wishes in the title – but the album's a great date, one of his later pairings with pianist Jimmy Rowles – a beautiful partner for the laidback tone that Sims adopted at this stage in his career! The album's got an understated eloquence that ... CD