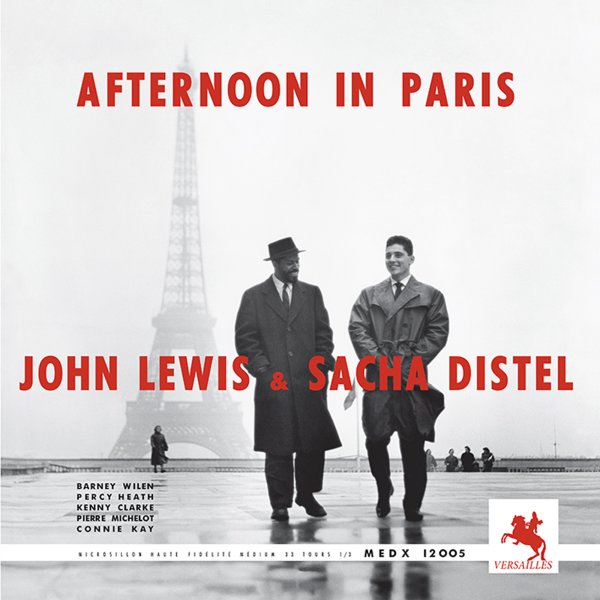 We would gladly trade every other John Lewis album for a copy of this album – because the album's a treasure all the way through – and a really unique set, with a really unique feel! The session features Lewis' piano in the company of a hip French group that includes Sasha Distel on guitar, Pierre Michelot on bass, and the great Barney Wilen on tenor – all great players who bring out a whole new side of Lewis' genius! Wilen's solos alone are worth the price of the album – deeply soulful, with a resonant tone that's some of his greatest on record – and an easy illustration of why he was one of the few European players of the postwar years to get big notice on this side of the Atlantic. But amazingly, Sacha Distel's also great here too – and despite the fact that he later went onto become a vocal pop star, Distel displays a beautiful approach to jazz guitar that makes us wish we had more sessions of his from these days. Titles include "Afternoon In Paris", "I Cover The Waterfront", and "All The Things You Are" – but don't let the titles alone speak for the record, because every track is beautiful!  © 1996-2021, Dusty Groove, Inc.
(Limited edition pressing – beautiful 180 gram vinyl, in a flip-back vintage-style cover!)

Ascenseur Pour L'Echafaud (10 inch LP)
Fontana/Sam Records (France), 1957. New Copy (reissue)
LP...$24.99 29.99
One of our favorite-ever Miles Davis albums – and a groundbreaking soundtrack that forever changed the way that jazz music was used in film! According to legend, the sounds here were recorded by Miles on a hot Paris night – late in the studio, after a live performance – in a very ... LP, Vinyl record album