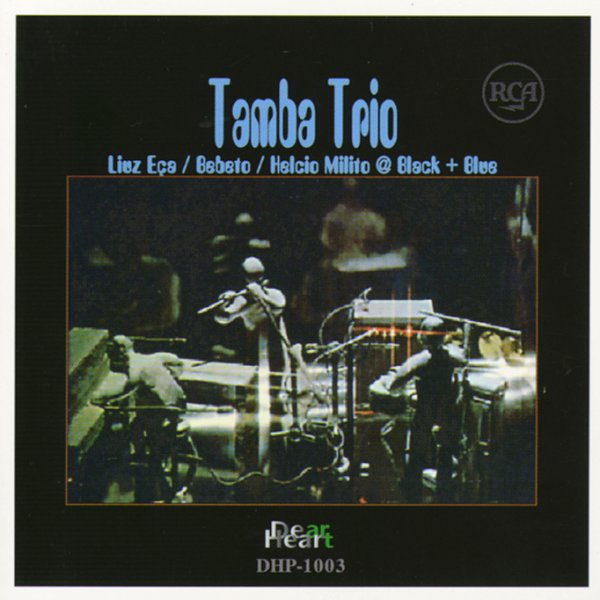 A sublime 70s groover from the great Tamba Trio! This one works off of the expanded sound that the bossa jazz combo were forging on their late 60s work for CTI – adding in some more complicated arrangements by Luiz Eca to the regular piano/bass/percussion groove, pushing the sound into a more complicated groove that reminds us of the best 70s work of Edu Lobo. The tracks are wonderfully written – with a jazzy rhythm at the core of most of them – but the added washes of sound and color really flesh out the group's unique vision, and make the album one of their greatest ever! Titles include "Reflexos", "Mestre Bimba", "Ossaim", "Em Casa", "Morada", "Infinito", "Gazera", and "Nao Tem Nada Nao". Plus, the CD features the bonus tracks "Joga Da Vida", "Beira Mar", and "3 Horas Da Manha".  © 1996-2022, Dusty Groove, Inc.
(Out of print, 2001 pressing.)

Avanco (Japanese paper sleeve edition)
Philips/Universal (Japan), Mid 60s. Used
CD...$19.99
A seminal set from one of the greatest bossa combos ever – a group who could boast sharp instrumentation and warm vocal harmonies too! The mix of sounds is completely sublime – jazzy piano trio sounds at the core, topped by soaring harmonies from the members of the trio – a ... CD

Tamba Trio Classics
Polygram (Brazil), Mid 60s. Used 2CDs
CD...$19.99 24.99
Finally! Polygram has gone ahead and decided to put out a CD of the Tamba Trio's fantastic stuff from the 60's. The group – which featured pianist Luiz Eca, bassist Bebeto, and drummer Hecio Milito – was a groovy little combo that played bossa nova instrumentals with piano in the lead ... CD