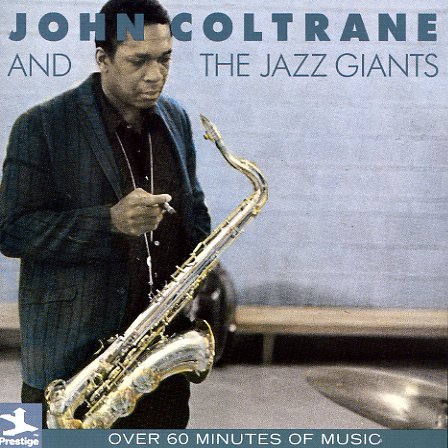 Plenty of jazz giants here – some of the biggest heavyweights of John Coltrane's generation, working here either as leaders of the dates, or sidemen on some of Coltrane's earliest recordings for Prestige! The package features material originally issued under the names of Miles Davis, Tadd Dameron, Red Garland, and Thelonious Monk – with other tracks headed by Coltrane himself – a great collection of Prestige sides that runs for over an hour in length. Players include Garland or Monk on piano, Davis on trumpet, Donald Byrd or Wilbur Harden on trumpets, Paul Chambers or Wilbur Ware on bass, and Jimmy Cobb or Art Taylor on drums. Titles include "Airegin", "Mating Call", "Monk's Mood", "Soft Lights & Sweet Music", "Russian Lullaby", "Lover", "Billie's Bounce", "Invitation", "Trinkle Trinkle", and "I Love You".  © 1996-2021, Dusty Groove, Inc.