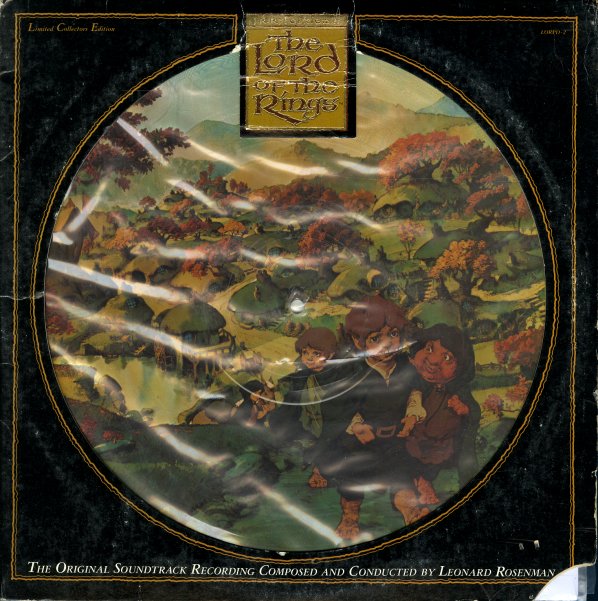 Totally cool – a 2LP picture disc version of the soundtrack to the strange 70s animated version of Lord Of The Rings!  © 1996-2021, Dusty Groove, Inc.
(Limited edition 2LP picture disc pressing in die-cut gatefold sleeve. Sleeve has a cut corner, but is great overall.)