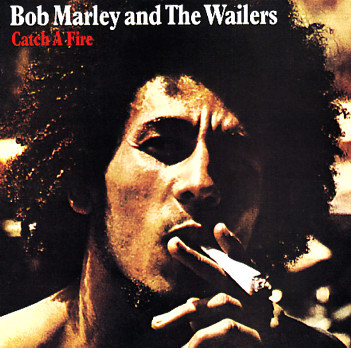 The first Bob Marley album on Island Records – and the start of a really legendary run that would not only transform reggae in the 70s, but the rest of popular music as well! Chris Blackwell's partially at the helm on production, but the album was mostly recorded in classic Kingston studios – Randy's, Dynamic, and Harry J's – and retains the same vibe as some of Marley's earlier work, but with more of the forward-thinking vision he brought to his time at Island. Bunny Livingston lays down some excellent percussion on the set – and rhythm is from the team of Aston and Carlton Barrett on bass and drums. Titles include the classic "Stir It Up" – plus "Slave Driver", "Kinky Reggae", "High Tide Or Low Tide", and "Concrete Jungle".  © 1996-2022, Dusty Groove, Inc.