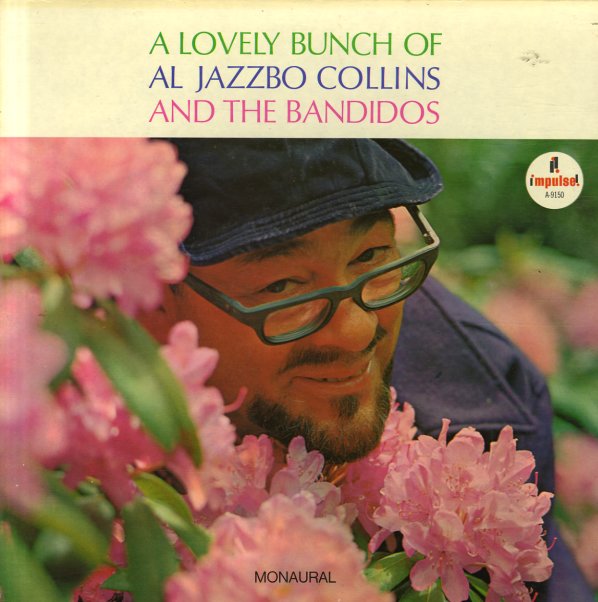 A pretty strange album of "hip" fairytales and fables, recorded by jazz DJ/hipster Al Jazzbo Collins, alongside a group featuring Steve Allen, Hal Blaine, and Terry Gibbs. The approach is a bit square, but the album's also got the appeal of those late 50s beatnik sessions – with recitation up front, and jazz in the background. Titles include "Sonny Cool", "The Three Little Pigs", "The Power Of The Flower", and "The Swearing In Of The Bandidos".  © 1996-2022, Dusty Groove, Inc.
(Orange and black label stereo pressing with Bell Sound stamp.)

Sing A Song Of Basie (Impulse pressing)
Impulse, Late 50s. Near Mint-
LP...$7.99
One of the first albums ever by this legendary jazz vocal group! LHR do the incredible – and create a set of vocal renditions of standards by the Basie band, putting jazzy lyrics in to replace the instrumental solos, but keeping the same vibe as the original tracks. The sound and approach ... LP, Vinyl record album

Gilberto With Turrentine
CTI, 1971. Very Good+ Gatefold
LP...$34.99
Incredible 70s work from the lovely Astrud Gilberto – a rare effort for the CTI label that has her teaming up with arranger Eumir Deodato and saxophonist Stanley Turrentine – all in a groove that's totally different than most of her earlier work! Astrud's breathy vocals are still ... LP, Vinyl record album