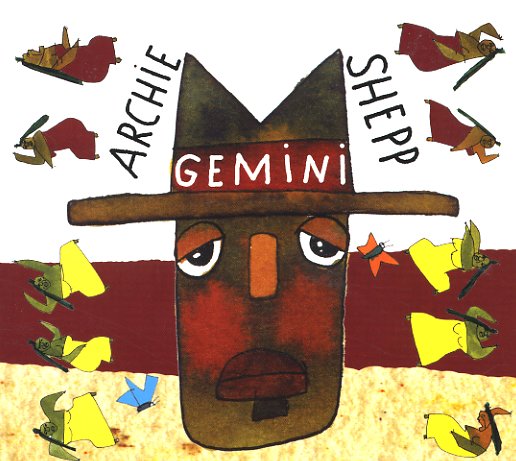 A well-titled record from the mighty Archie Shepp – as the 2CD set works more like a twin-album package – given that each disc features a different performance! CD1 is billed as The Reverse – and has Shepp working in soaring, spiritual territory in a killer quartet – with sharp-edged brilliance that reminds us why we love his work on the Archie Ball label so much – as it's got a real back-to-basics quality that returns Archie to his most soulful styles of the 70s! Shepp plays both tenor and soprano, and the core group features Wayne Dockery on some massive bass, plus Tom McClung on piano and Steve McCraven on drums – and at one point, Chuck D steps in with a rhyme, and at another Stephane Guery plays a bit of guitar. Yet the main energy here comes from Shepp – whose tenor is tremendous, and really returned to his spiritual fire of decades back – on titles that include "Revolution", "Burning Bright", "Trippin", "Intertwining Spirits", "La Manzana", "Eva", and "Time Stood Still". CD2 is titled Live In Souillac – and has a really special performance from Archie, in a quartet with Amina Claudine Myers on piano, Ronnie Burrage on drums, and Cameron Brown on bass! Brown's bass is wonderful – and really holds the record together at the bottom – while Myers soars with spiritual tones on her piano, and even vocalizes a bit. Shepp plays tenor and soprano, and titles include "Hope Two", "Call Him", "Do You Want To Be Saved", and "Ujaama".  © 1996-2021, Dusty Groove, Inc.