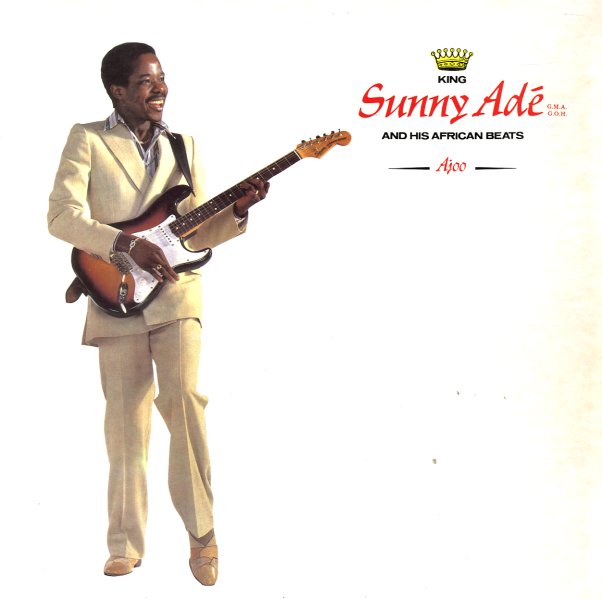 A nice set from King Sunny Ade, licensed to the Makossa label, but in the style of his African recordings, featuring a number of shorter compositions strung together into side-longsuites. Hypnotic guitar lines and gentle diatonic melodies float over propulsive percolating percussion, with interjections from talking drum popping up here and there. Includes "Ajo Ni Mo Re", "Pegan Pegan", "Oluwa Lagboju Le", "Gbeyogbeyo", "Penkele", "Ewele" and "Tolongo".  © 1996-2021, Dusty Groove, Inc.
(Cover has some ringwear and a name written in pen on front.)

Hustler
Fania, Late 60s. Near Mint-
LP...$29.99
Brilliant early work from a young Willie Colon – a true hustler if there ever was one! The album has an amazing energy that really bridges a number of Latin scenes – it's part descarga jamming, part Latin soul, and part traditional Latin – put together with a no-nonsense approach ... LP, Vinyl record album

Happy Feet
MCA, 1979. Near Mint-
LP...$7.99
Joyous, bouncy sounds from the legendary Al Hudson – a sweet little set with his Soul Partners group, done in a mode that's right up there with the best music of his One Way combo! The grooves are uptempo, yet are much more rooted in ensemble funk than some of the disco of Al's ... LP, Vinyl record album