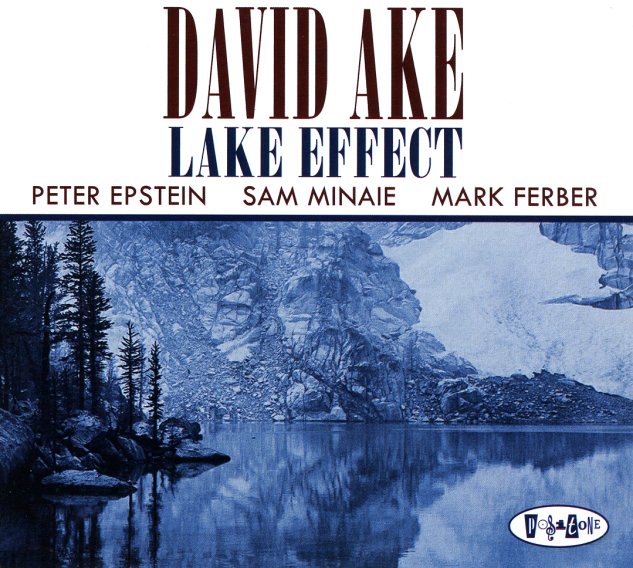 The lake effect here is a powerful one – a way of building up songs in these blocks of sound that relies heavily on the piano of David Ake, but also draws a lot from the well-crafted saxophone lines of Peter Epstein! Ake's approach is somewhat in the more contemporary school of jazz piano – that way of moving boldly with very carefully-chosen chords – but his work also has a darkness that's very unique, and a balanced sense of pacing that really makes the work of Epstein even more powerful than it might be in a more freewheeling setting. The group's completed by equally-thoughtful work on bass by Sam Minaie and drums by Mark Ferber – and titles include "Lone Pine", "The Cubs", "Tricycle", "Two Stones", "Silver Thaw", and "Palhaco".  © 1996-2021, Dusty Groove, Inc.