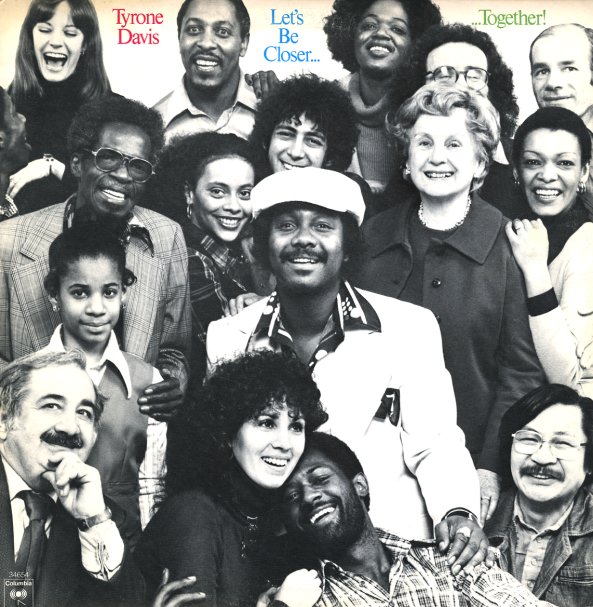 Let's Be Closer Together (with bonus tracks)

The cover has Tyrone Davis in a very diverse crowd, but the record is pure Davis all the way through – that great blend of bluesy roots and classier soul that made most of his 70s records so wonderful! The approach here is even more careful and well put-together than some of Tyrone's last records at the indie label Dakar – a new step forward on Columbia, where songwriter/producer Leo Graham gave Davis some great material to work with – helping him to find a strong new voice, just as most of his audience was doing the same. Titles include "In The Sand", "This I Swear", "I Got Carried Away", "Let's Be Closer Together", "You Need Love", "All You Got", and "If That's What It Takes". CD features bonus 7" mixes of "All You Got" and "This I Swear".  © 1996-2022, Dusty Groove, Inc.

Precious Moments (with bonus tracks)
Arista/FTG, 1986. Used
CD...$9.99 (CD...$11.99)
Bold 80s soul from Jermaine Jackson – a set that's heavy on beats and keyboards, but which still leaves enough space for his gentler-toned vocals! The upbeat tracks here sometimes get a bit dramatic, which makes us like the ballads more – sweeter-styled numbers that are much better ... CD