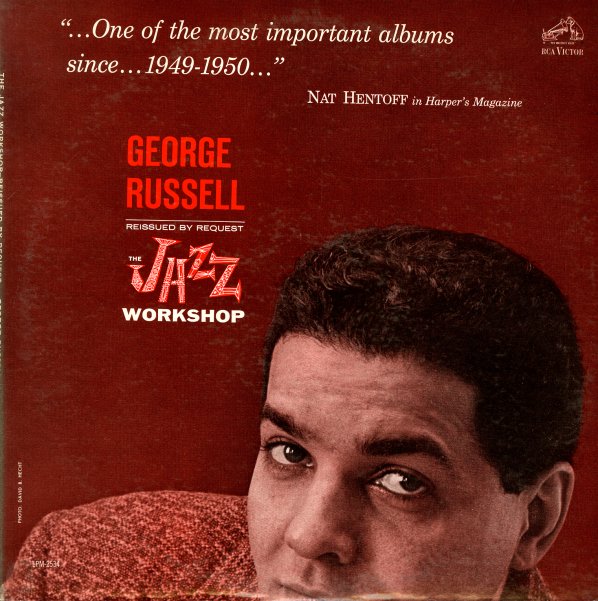 Very hip early work from George Russell – a set that's maybe not as high-concept as some of his later records, but which still has a strikingly modern vibe! Russell's trying out some of his new tonal ideas here – and has a group that's very well-chosen for the project – with Art Farmer on trumpet, Hal McKusick on alto, Bill Evans on piano, and Barry Galbraith on guitar – all players with just the right sort of color in their tone, able to illustrate George's ideas but still bring a bit of personality to the mix as well. Titles are mostly originals, written with slight touches of whimsy, but less of the indulgence on that front as you'd hear on west coast material – and tracks include "Witch Hunt", "The Sad Sargeant", "Ballad Of Hix Blewitt", "Knights of The Steamtable", "Jack's Blues", and "Night Sound".  © 1996-2022, Dusty Groove, Inc.
(Mono UK pressing in a flip-back cover. Vinyl is in great shape, but cover has some wear and aging, bent corners, a small stain at the bottom right corner, and a small name stamp and initials in pen in back.)

Essence Of George Russell
Sonet (Sweden), 1966/1967. Near Mint- 2LP Gatefold
LP...$29.99
Seminal Swedish recordings from George Russell – mid 60s material that's quite different than his American albums of a few years before – and proof that his time overseas really helped to unlock his creativity! The centerpiece of the album is an early version of "Electronic Sonata ... LP, Vinyl record album