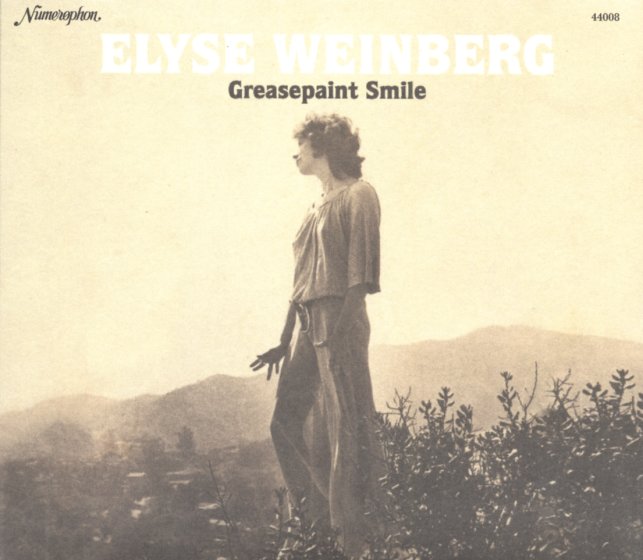 The unreleased second album from Elyse Weinberg – a very hip LA singer/songwriter from the late 60s canyon scene working here with guest help from top-shelf talents who include Neil Young, Nils Lofgren, and JD Souther! Yet despite the presence of these giants, the album's very much Weinberg's own – up-close and personal tunes that feature her earthy vocals alongside gentle guitar lines – all at a level that's way different than familiar folk-inflected rock, and which also has that uniqueness that you'd find in a rare few from Elyse's generation – like Young or Joni Mitchell. And unlike other projects of this nature from later years, the whole thing's wonderfully under-done – not poorly produced, but respectfully handled – so that the lady is very much out front in the lead, doing a hell of a lot with just a little – on titles that include "What You Call It", "City Of The Angels", "Nicodemus", "Gospel Ship", "Greasepaint Smile", "My My My", and "Houses".  © 1996-2021, Dusty Groove, Inc.