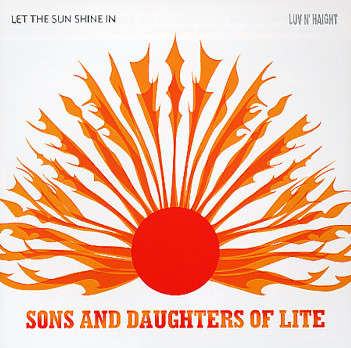 Beautiful material from this legendary Bay Area soul jazz combo! The Sons & Daughters of Lite have an incredibly spiritual sound – one that sounds sort of like the best groups on the Strata East label, with touches of Roy Ayers or James Mason-esque soulfulness, but with a little less polish. Many of the cuts have sweet female vocals in the lead – with backing that includes vibe, electric piano, tenor, alto, and percussion by Babatunde. The record's a great one if you dig spiritual jazz funk – along the lines of Gary Bartz, The Pharoahs, or Oneness Of Juju – the sort of spiritual, soulful combo that still really sends us to the heavens! Titles include the classic mellow groover "Let The Sun Shine In", plus "Fly Away", "Operation Feed Yourself", "Darkuman Junktion", and "Ju Ju's Door".  © 1996-2021, Dusty Groove, Inc.
(Nice Japanese paper sleeve pressing!)