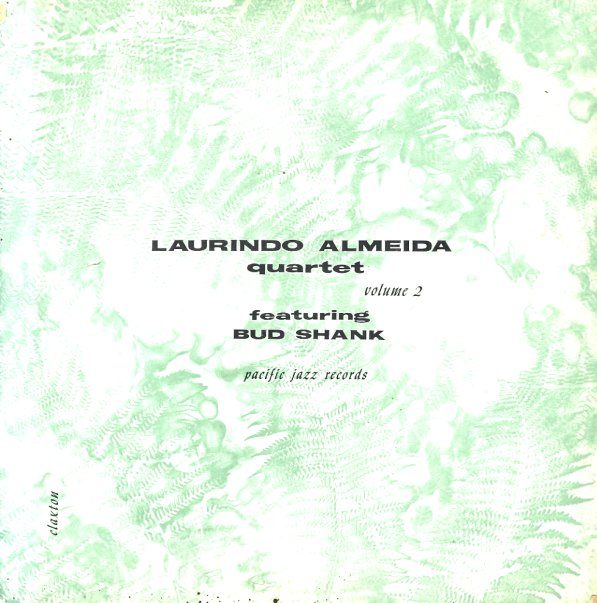 Original 10" LP featuring the second set of historic duets between Brazilian guitarist Almeida and the great LA alto player Bud Shank. This is the stuff that supposedly ended up back in Brazil and inspired the wave of musicians involved in the bossa nova momement. It's been repackaged a number of times, but it's great to have in this cool original package, with a weird polarized cover featuring a strange green design of intertwining leaves.  © 1996-2021, Dusty Groove, Inc.
(Black label pressing with deep groove. Cover has yellowed tape on the spine and a vintage price sticker on back.)