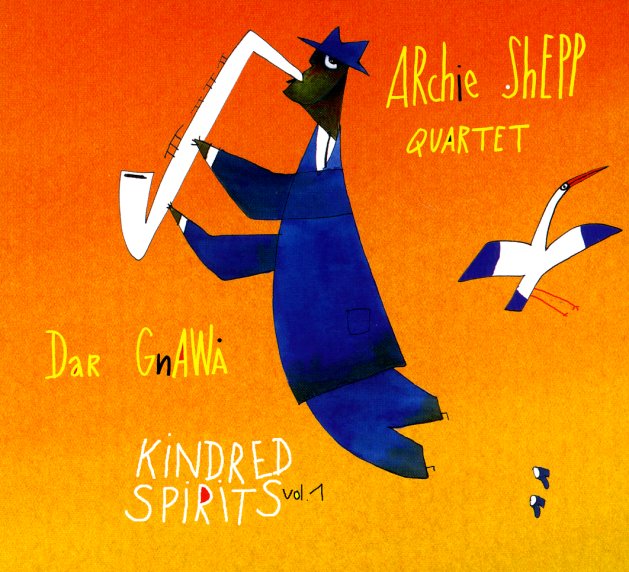 One of the coolest Archie Shepp recordings we've heard in years – a set that has his quartet working alongside the Dar Gnawa group from Tanger – who bring in all these wonderful exotic qualities to the music! Shepp's own tenor is wonderful, and takes on some very spiritual qualities in the setting – a bit like Yusef Lateef in some of his formidable jazz/world crossover work of the early years – and the group has some especially wonderful work from bassist Wayne Dockery, whose round, deep tones help shape the sound of the music throughout – creating these modal impulses that are a perfect bridge between the spirit of all the players! Titles include "Suite Blue", "Middle Passage", "Groove Mosso", "Kindred Spirits", and "Dawn Of Freedom".  © 1996-2021, Dusty Groove, Inc.