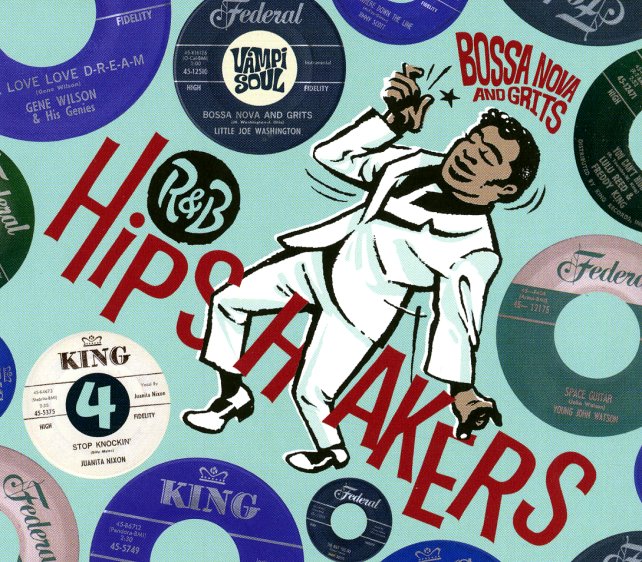 A deep deep dig into the vaults of King/Federal Records – initial home to James Brown and a host of other R&B acts in the 50s – lots of whom are featured here! The collection includes many tracks never reissued before – all hand-picked by vintage 45 expert Mr Fine Wine, and laid out at a level that's both fresher than most King Records collections – and most of the 50s R&B sets we know as well! Fine Wine comes at the project almost with a "roots of funk" approach – which means that there's loads of unusual rhythms, weird cultural hybrids, and raw pre-soul vocals over the top – a killer range of cuts that include "Space Guitar" by Young John Watson, "Bossa Nova & Grits" by Little Joe Washington, "The Way You Do" by Jimmy Nolen, "Good Mambo Tonight" by Wynonie Harris, "Somewhere Down The Line" by Little Jimmy Scott, "You Can't Hide" by Lula Reed & Freddie King, "Back On The Block" by Sam Anderson & The Telstars, "Same Old Thing" by Amos Milburn, "You're Lower Than A Mole" by Camille Howard, "Be Bop Wino" by The Lamplighters, "Cherry Wine" by Little Esther, and "Stop Knockin" by Juanita Nixon.  © 1996-2022, Dusty Groove, Inc.

Czech Up Vol 2 – We'd Be Happy
Vampi Soul (Spain), Late 60s/1970s. New Copy
CD...$11.99
An unexpected legacy of funky sounds from the 70s – one that most of us never got to experience, given that most of these records were trapped behind the Iron Curtain for decades! Yet somehow, that curtain seemed to allow for plenty of influence from the west – as most of these obscure ... CD