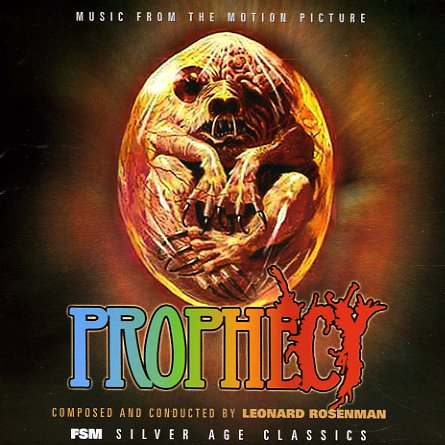 Leonard Rosenman's stirring score to Prophecy – a creepy late film from John Frankenheimer, about a weird little monster that's a lot more cheesy than the music! Rosenman's score is mostly orchestral, and filled with strings – which are always used in this tense, almost restless sort of way – quickly darting back and forth – stating strong passages one minute, then pulsing with fear the next – very unsettling, in ways that hearken back to classic suspense modes of years past. The package is done with the usual high quality of Screen Archives – very detailed notes, lots of color photos, and even some extra tracks too. Titles include "The Search Party", "Mary's Bend", "Secret Pond", "Road Block", "Flight To Maine", "Isley's End", "Cabin Fever", and "Blub Blub".  © 1996-2022, Dusty Groove, Inc.
(Out of print.)