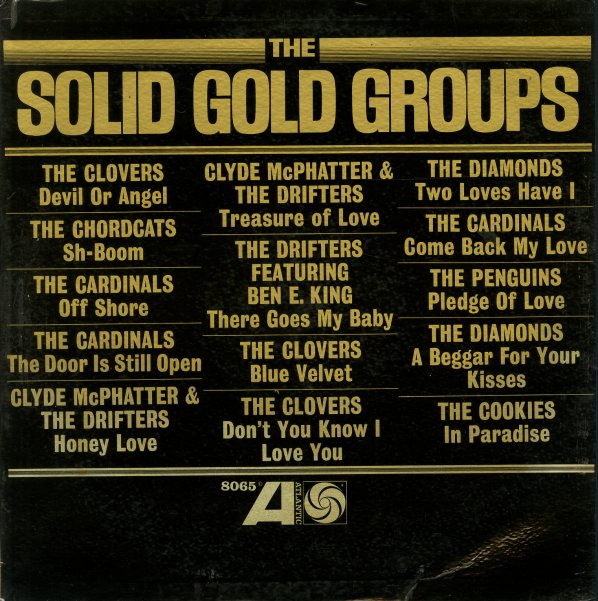 A great set that showcases one of the strongest sides of Alantic Records at the start of the 60s – their great ear for soul groups! Collection features material by The Diamonds, The Penguins, The Clovers, The Drifters, The Cookies, and The Chordcats!  © 1996-2021, Dusty Groove, Inc.
(Red and purple label pressing. Cover has a small center split.)