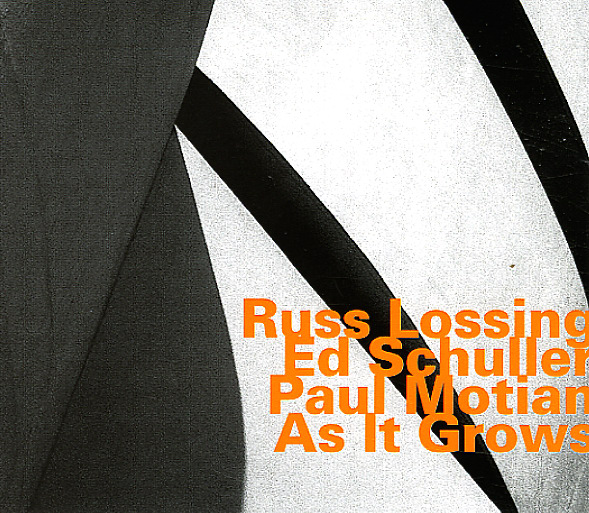 Freewheeling, open-ended work from this vibrantly creative trio – working here in a style that's not unlike some of the more offbeat work on ECM in the early days! And by that, we don't mean the atmospheric sounds – but the rare avant sessions that would show up at the label – particularly the groundbreaking piano work of Paul Bley – as it might be said that Lossing here has a similar feel for sound shapes and circular patterns – a mode that's inherently rhythmic, yet free from most conventional rhythms at the same time! Of course, the other players have a lot to do with that – especially drummer Paul Motian, who's perfect for the set – working here with bassist Ed Schuller, on a set of tracks that features the five-part "Suite Of Time" – plus "Motion Units", "Coyote Jumps", "Nagual", and "Verse".  © 1996-2022, Dusty Groove, Inc.

Alive In The House Of Saints
Hat Hut (Switzerland), 1983. Used
CD...$14.99
Beautifully joyous work from Myra Melford – a set recorded early in the career of the pianist, with her first trio – and abristle with sound that really grabs us right from the start! Melford here seems to be working in a level that's maybe as post-Tyner as some of the post-Coltrane ... CD

Bookends
Hat Hut (Switzerland), 2003. Used 2 CDs
CD...$14.99
Duets between Dave Liebman on soprano and tenor saxophone and Marc Copland on piano – in the studio and again in a live setting. CD