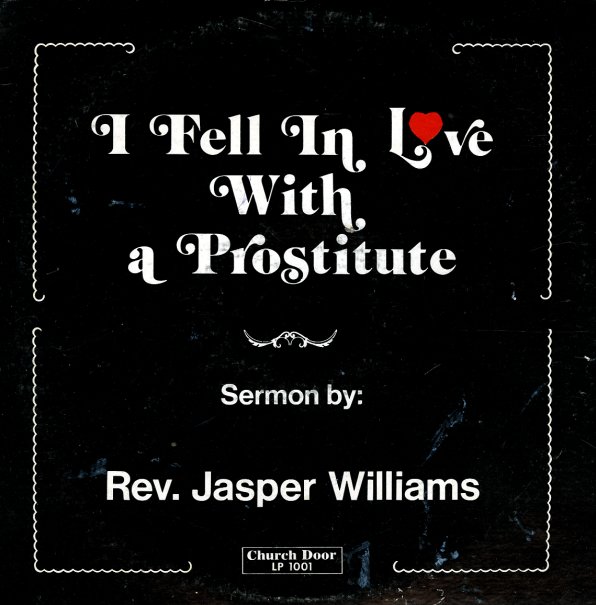 I Fell In Love With A Prostitute

If the title's enough, this one would be a hit! Overall, though, the record's mostly a gospel sermon – done by Williams along the lines of the topic in the title. There's some pretty nice moments when he's letting loose a bit, and by side two, the speaking's turned a bit more to singing – with an overall crowd-swelling approach.  © 1996-2021, Dusty Groove, Inc.
(Sealed copy! Shrink is lightly shopworn.)