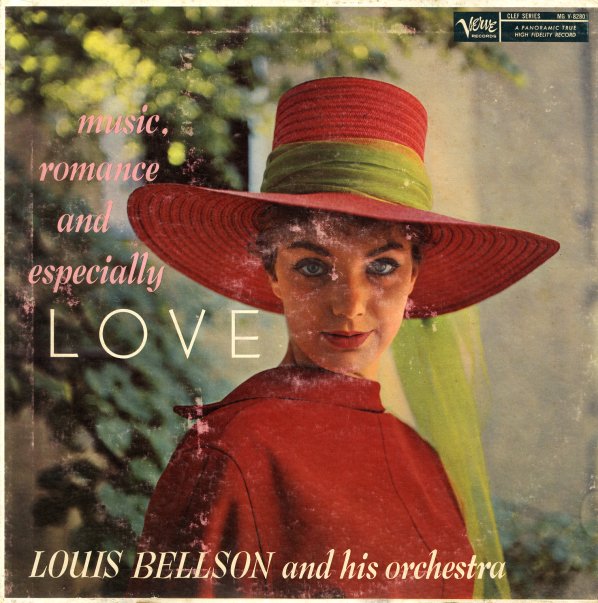 Quite an obscure one from this famous drummer – with a cool group that also features Willie Smith on alto sax, Juan Tizol on trombone, Buddy Collette on flute and tenor, Jimmy Rowles on piano, and Harry Edison on trumpet! Many tracks are evocative originals by Bellson, too – and titles include "Hamer's Hang Up", "Cire's Thought", "Over We Go", "Mambo Portofino", and "Escapade".  © 1996-2022, Dusty Groove, Inc.
(Verve trumpeter logo pressing, with deep groove! Vinyl is nice and clean. Cover has a split top seam, partial spine split, & some surface wear.)