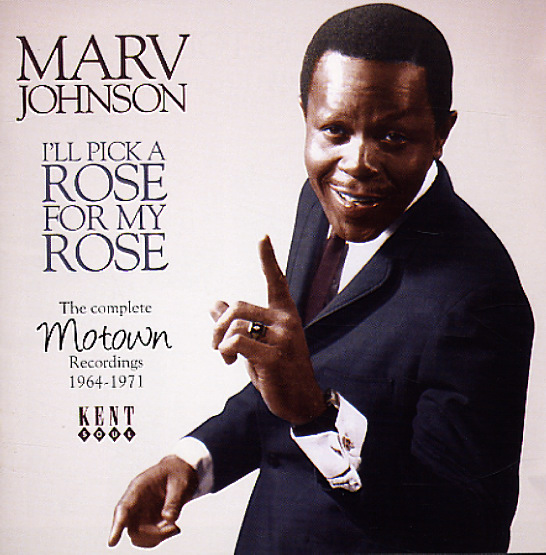 A wonder batch of rare Motown material from Detroit singer Marv Johnson – a vocalist who started out working for Berry Gordy in the late 50s, recording the some of the first material to be released on the Tamla Motown label, and recorded all of the terrific material on this set for Motown from the mid 60s to the start of the 70s! Johnson didn't find his way into the historical canon the way many of the great solo singers and groups he helped pave the way for, but he's no less worthy! This set from Kent UK includes all the tracks from the I'll Pick A Rose For My Rose LP plus previously unreleased numbers numbers and rare mono single mixes – really beautiful stuff and a vital rediscovery of Marv's overlooked work at Motown! Titles include "I'll Pick A Rose For My Rose", "I'm Not A Plaything", "Why Do You Want To Let Me Go", "Bad Girl", "I Miss You Baby (How I Miss You)", the previously unreleased gems "There Goes A Lonely Man", "Understanding", "Farewell Is A Lonely Sound" and more, plus mono versions of several album tracks. 26 tracks in all!  © 1996-2021, Dusty Groove, Inc.