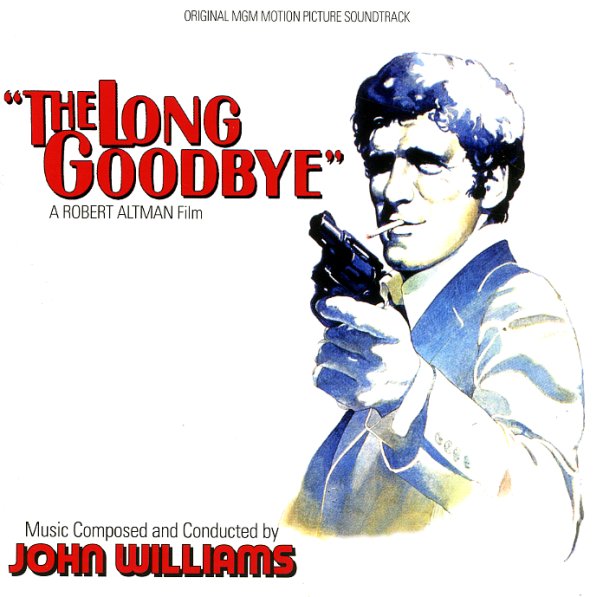 A mad little soundtrack – for a mad little film! The Long Goodbye is one of the best-remembered Robert Altman films of the 70s – a wonderful contemporary remake of a Raymond Chandler/Phillip Marlowe classic – and in addition to some nice jazzy moments scored by John Williams, the score also features a stunning re-presentation of the main theme – a haunting number with vocals by Johnny Mercer! In the movie, Elliot Gould hears the song in many different versions – in a nightclub, on the radio, and in other settings that continue as the movie goes on – even a mariachi band at one point! The soundtrack CD features all these great versions – ten in all – with solo piano by Williams, a trio take by Dave Grusin, and vocals by Irene Kral, Clydie King, and Jack Sheldon too! The CD features all these takes on "The Long Goodbye" – plus more tracks that include "Marlowe In Mexico", "Night Talk", "Main Title Montage", and "The Border – plus even some studio rehearsal on the track, including banter from Clydie King!  © 1996-2022, Dusty Groove, Inc.
(Limited edition of 500!)